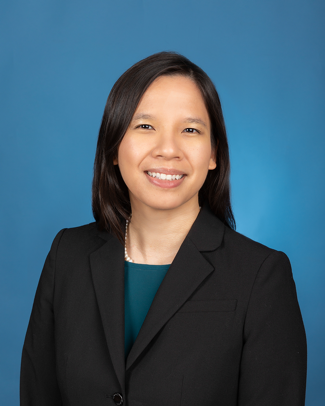 Introduction: High intra-patient variability (IPV) in tacrolimus levels has been associated with the development of de novo donor-specific antibodies (dnDSAs) and graft loss. Studies are lacking on baseline trends in tacrolimus IPV after renal transplantation in children, and the degree of tacrolimus IPV in relation to poor graft outcomes is unknown. We investigated tacrolimus IPV and its association with C1q‑binding de novo donor specific antibody (dnDSA) formation and graft loss in pediatric kidney transplant patients.
Methods: All tacrolimus levels in pediatric patients who underwent kidney‑only transplantation at a single center from 2004-2019 were analyzed to determine baseline variability. IPV was defined using coefficient of variation (CV; standard deviation/mean x 100%) of all samples in a retrospective 3- or 6-month moving window. Outcomes of interest were C1q-binding dnDSA formation and graft loss. Routine dnDSA measurements were available from a subgroup of patients transplanted in 2010‑2018. dnDSAs were identified by routine screening or at investigation of allograft dysfunction. Patients were censored at time of dnDSA formation or graft loss.
Results: Tacrolimus IPV developed a steady state baseline of 29.5% (IQR, 21.6-38.8) at 10 months post‑transplant in 426 patients with a total of 31125 tacrolimus levels [Figure 1]. Of the 220 patients included in the outcome study 51 developed dnDSA. Among patients who formed dnDSA, 13/51 (25.5%) lost their graft, compared to 1/169 (0.6%) in non-DSA formers. dnDSA formers had higher tacrolimus IPV than those who did not form dnDSA, with median 6-month CV of 33.7% (IQR, 25.4-45.0), compared to 25.9% (IQR, 19.3-33.1; p = 0.002). Similar findings were noted when the cohort was stratified by age [Figure 2]. Patients with graft loss had higher IPV with median 6-month CV of 33.8% (IQR, 22.8-49.6), compared to 27.7% (IQR, 20.2-34.4) for the graft survival group (p = 0.083). 3-month and 6-month CV results were similar in value and range and in their association with graft outcomes. Given that more tacrolimus levels are used in calculating 6-month CV and thus would be more representative of the degree of immunosuppression for a patient compared to the 3-month CV, only the 6-month CV results are reported here. 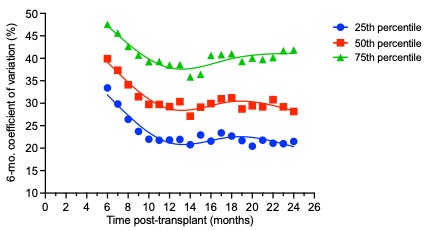