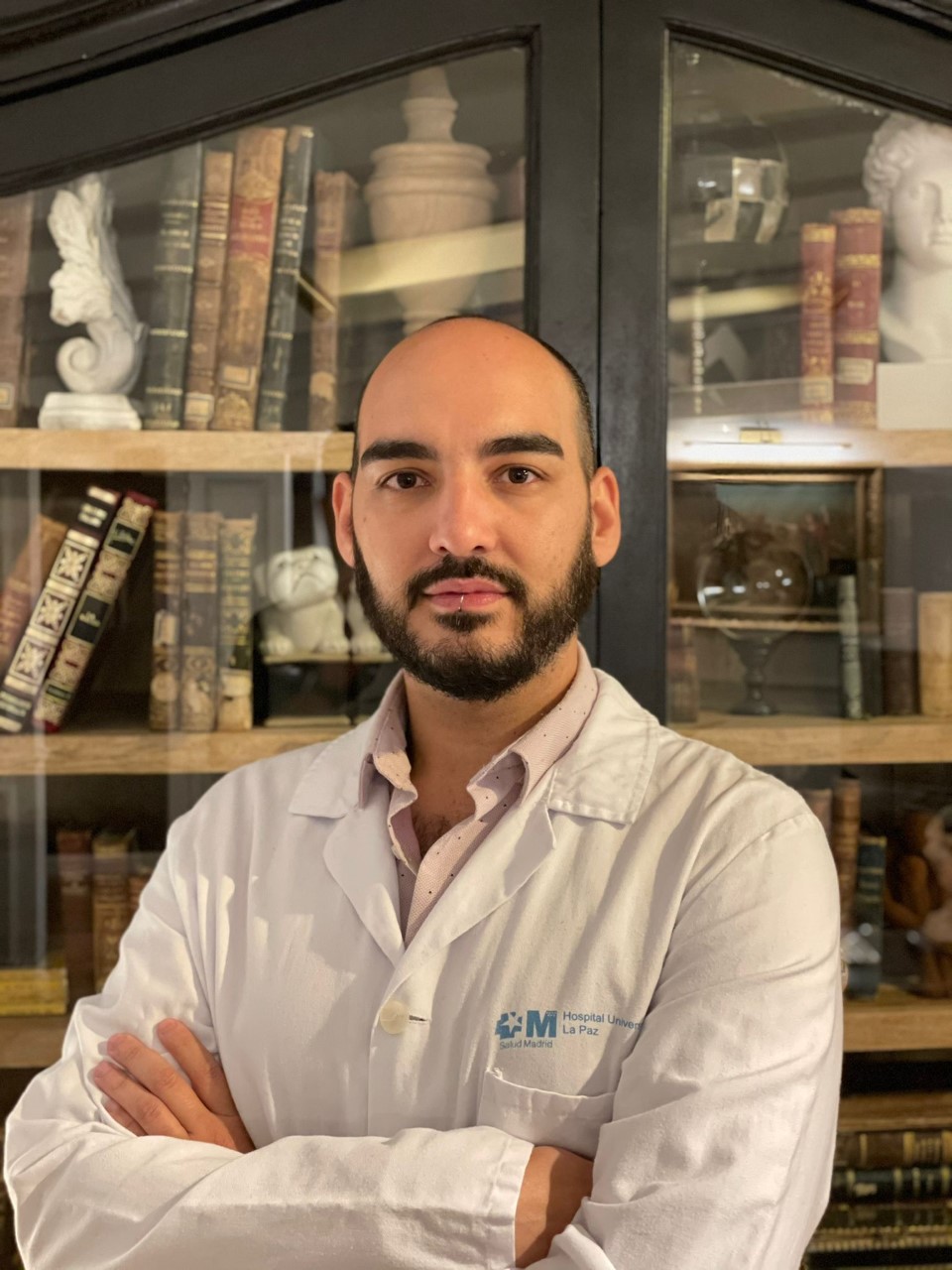 My name is Javier Serradilla Rodríguez and I’m from Madrid, Spain. Graduated in Dietetics and Nutrition (Madrid, 2006-2008) and later in Medicine (University of Salamanca, 2008-2014), I completed my training as a specialist in Pediatric Surgery at La Paz University Hospital of Madrid in 2020. During my specialization, I spent several months in foreign centers learning from other important groups in the field of transplantation (Seattle Children's Hospital, Seattle, United States; Sahlgrenska University Hospital, Götenborg, Sweden) and I got some other degrees about transplantation and health research (master's degrees in Hepatobiliary Surgery and Liver Transplantation; master's degree in Methodology for Research in Health Sciences). Since 2020, I am an attending doctor of the pediatric transplantation team of the Hospital La Paz of Madrid, Spain. Also, I am currently doing my PhD about the viability of the intestinal grafts in the IdiPAZ (Hospital La Paz Institute for Health Research) where I am part of the transplant research group.

Introduction: DCD has not been considered as a valid alternative for intestinal transplantation (IT) due to the well-known vulnerability of the intestinal epithelium. However, the use of normothermia has recently improved the results of the classic cold perfusion in other organs.
Our aim was to test the viability and the function of an intestinal graft after regional abdominal normothermic perfusion in an experimental model.
Methods: Controlled donation in DCD modality was tested for IT using an experimental porcine model with 8 donor-recipient pairs (25.5 ± 2.5 kg). Donors were supported using a normothermic regional perfusion (NRP) for abdominal organs after the withdrawal of their life sustaining treatment. The small intestine was heterotopically transplanted into the recipients while blood and intestinal samples were obtained repeatedly throughout the procedure. The animals were followed-up for two weeks. 1, 2, 7 and 14 days after IT, graft and blood samples were also taken.
Intestinal ischemia-reperfusion injury using Park-Chiu score was evaluated in samples taken during donor procedure, NRP and up to 48 hours after IT. Samples from 7 and 14 post-transplant days were analyzed to assess graft rejection and GVHD-related alterations.
At the endpoint, the absorptive function of the transplanted intestines was also tested. Glycemia of peripheral blood, draining veins of intestinal graft and native small bowel was measured and compared at 15, 30 and 60 minutes after intra-graft glucose administration.
Results: All the intestines from these DCD donors were successfully procured. One case was excluded due to venous stenosis after reperfusion. 6 of the remaining 7 animals reached the endpoint in appropriate clinical conditions (85.7%).
The small bowel showed always a well conserved architecture during NRP, having observed edema at the villus tip (Park 1) only in two samples at 60 minutes. The highest score was observed after 1 hour of graft reperfusion, with denuded villi in 3 of 7 samples. The remaining intestines at this time were normal. All grafts recovered, showing less damage at 24 hours and no or very subtle alterations after 48 hours.
Five of the 7 recipients (71.4%) did not show signs of rejection at any time. We observed 2 cases of mild rejection (28.5%) at 7 pos-transplant days. While one of them recovered to normal at the endpoint, the other showed histopathological alterations compatible with severe acute cellular rejection (14.2%).
Absorption capacity in transplanted intestines after glucose intraluminal administration reached máximum glycemia levels at 30 minutes when compared to the glycemia measured in the peripheral blood or the native small bowel.
Conclusions: This experimental model postulate DCD donation in normothermia as an alternative source of organs to address the mismatch between the waiting list for IT and the scarcity of donors. Its clinical and functional results appear to be comparable to those of other organ procurement techniques.